Feature bloat is a concept that describes incorporating too many features and functionalities into a product. Overloading a product with all the extra features, makes it unable to perform its core function.
‍

Feature bloat is also referred to as feature fatigue or overload.

Here’s what Marty Cagan says about why products fail:
‍

“The first truth is that at least half of our ideas are just not going to work.  There are many reasons for an idea to not work out.  The most common is that the customers just aren’t as excited about this idea as we are.  So they choose not to use it.  Sometimes they want to use it, but they try it out and it’s so complicated that it’s simply more trouble than it’s worth, which ends up as the same result – the users don’t choose to use it. Sometimes the issue is that the customers would love it but it turns out to be much more involved to build than we thought, and we decide we simply can’t afford the time and money to actually deliver.
‍

So I promise you that at least half the ideas on your roadmap are not going to deliver what you hope.  By the way, the really good teams assume that at least three quarters of the ideas won’t perform like we hope.

If that’s not bad enough, the second inconvenient truth is that even with the ideas that do prove to have potential, it typically takes several iterations to get the implementation of this idea to the point where it actually delivers the necessary business value.  We call that “time to money.”

From this viewpoint feature bloat not only frustrates the users, but also prevents the product development team to identify (via prototyping and getting things in front of your customers fast) the key ones and then spend enough time iterating on them so that users can actually benefit from the value.

One of the ways to avoid feature bloat is to perform a thorough user research and figure out which features your users actually need. Another thing to bear in mind is the cost of development as sometimes the cost of developing new features, as well as taking them out,  can result in tech debt. By avoiding feature bloat you not only save money but also precious time and energy.

Lastly, make sure that the product is user-friendly, easy to use and that the features your product has are the ones that will help the user choose your product over your competitors. 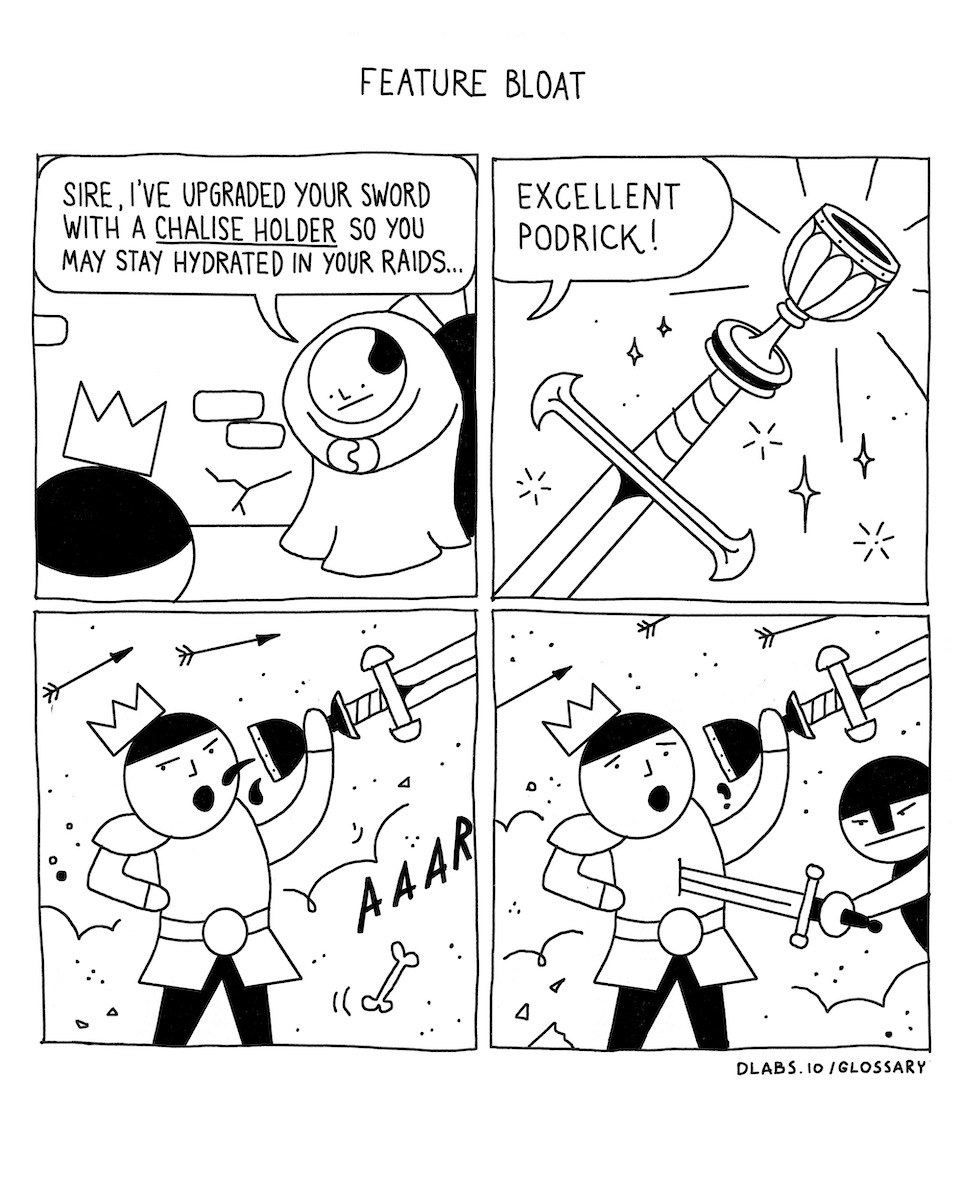